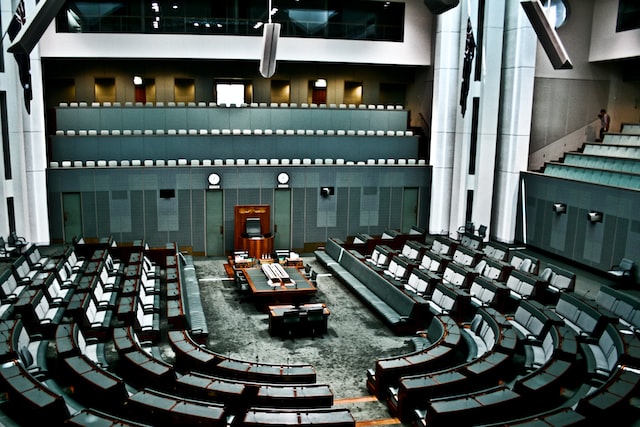 India is a beautiful country, I feel the beauty when I look at its green lavish plains, enormous mountains, and wide rivers. India is a smart country too, I feel the smartness when I look at its illustrious intellectuals. Today, I am writing on the topic of Constitutional Law. So, I will get right to the point, i.e., ‘We, the people’ gave ourselves our Constitution, and why decentralization of power is necessary for a country like ours.

What is Decentralisation of Power?

For some, decentralisation might mean Communism, i.e., the distribution of all the resources of the state to the individuals/communities. I don’t consider that to be the right kind of Decentralisation, because, with Communism, people usually lose Democracy and at any cost, that must not be lost.

So, what is decentralisation according to me? I think Decentralisation is when you distribute an ‘adequate’ amount of power among various authorities rather than keeping it with a single central entity.

Why is Decentralisation necessary?

Let’s suppose there’s a family of 4 members – Mother, Father, and 2 kids. The mother earns money for the family, Father takes care of important household chores, kids go to school. Now, there can be two situations – the mother spends all the money as per what she deems good for the family or she discusses the budget with all the members and then spends it. In my opinion, the latter situation is much better as it gives a say to everybody, even though I am not disputing the bonafide intent of the mother in the first case either.

This was the case for just a small family of 4. Now, let’s increase the size of this family to 1,35,00,00,000 members. Since the size of our family has increased so much, would you want a single person/entity to decide what’s good for everybody? I won’t dare to say ‘Yes’ to that, especially considering the fact that these 135 crore members live across 32 lakh km2 of diverse landforms, speak diverse languages, eat different food, and have different beliefs and ideals.

This should give you a little picture of why decentralisation is prima facie necessary. There must not be a single person/organisation deciding the fate of so many people. As is apparent from the bare reading of our constitution, our Constitution makers were smart enough to understand that, so they divided power between the Central and the State governments. They also created segregation between the three organs of the state – the Executive, the Legislature, and the Judiciary.

Dissent is important. We have so many diverse people living in a country, and it is impossible that all of them will think in the same way, and have no dissenting views. Now, if all the power is centralised with a single person or authority, then can you really speak against that particular person/authority without getting crushed? I wouldn’t believe you if you answer ‘Yes’, unless & until that particular person/authority is some sort of a ‘messiah’.

What Decentralisation does is give power to a number of authorities. There is a reasonable possibility that those authorities will have diverse views since they will be composed of diverse people. So theoretically you won’t be in much trouble if you express your dissenting views on a particular matter, as it is probable that some of the aforementioned authorities will also have a dissenting view, hence they will back you.

Even though those in power may sometimes have bona fide intentions, but in my opinion, it is beyond any justification that a single person/authority is trying to choose the fate of so many. Authorities must leave the power with the people, even if they honestly believe that people don’t know what’s good for them because it’s ultimately ‘We – the people’ who should possess power, and hence the authorities must not try to act over smart.

How to avoid ‘he-said she-said’ situations in your Contracts?
Process Is The Punishment
Standard of Cheating | How much to trust your Partner?