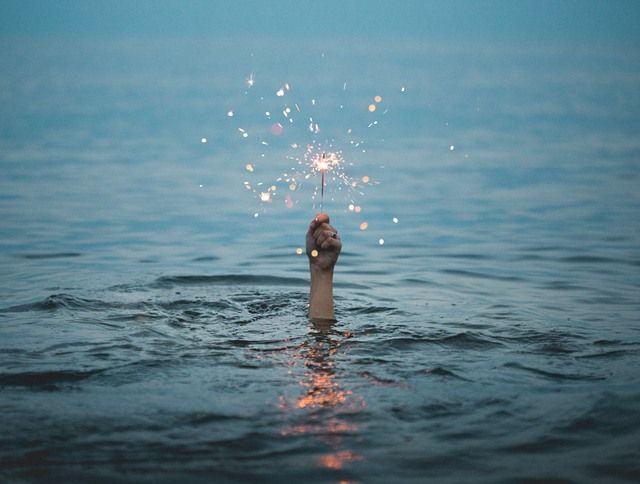 It doesn’t need any very complicated algorithm to be made to learn the art of living life. It’s a very simple thing which requires just some effort.

We get a number of situations in our life when we totally get broken. We may encounter a sudden demise of our loved one, breakup in our relationship, divorce, trust break, financial loss or any such worst thing.

Sometimes, in those adverse situations, the brain of a few people just gives up. They do certain mistakes which they had never supposed to do, creating a way for deep regret.

In everyone’s life, odds surely come. The real trick lies in the way you treat them. Actually, the odds are important to get the real taste of goodness. Keep reading to get the proof.

A SHORT but COOL Story

Once upon a time, god started a review of his policies and rules. After some lookup, he found that many people were facing misery because of life’s algorithm of ‘Up’s and Down’s’ in his empire. On discussion with advisors, he decided to remove this rule. An announcement was made around the entire earth regarding this change. Every human thought it’s a great decision and that there will be no problems from now on in their life.

Some time passed. Life had completely changed. There was no misery now. There were no hurdles now. Everyone was living a stable life. Feelings of hunger, nervousness, disease, and everything bad had got erased from human minds.

One day, God looked at the earth again. In the first look, he became very happy that no one is suffering now and thought his decision to remove that rule was right. But, on close observation, he was shocked, there was one vital thing missing. It was happiness.

In a theoretical manner, everyone was now free from the misery of disease, hunger, cold, etc. But, practically, they were bound by an invisible new misery. The misery of loss of happiness. The misery of a plane life.

I am sure that you have found why odds are important for your happiness by reading the above story. But, you can make it easy to pass through your bad times.

Start reading some good books. I personally do this during bad times.

Hope is not pretending that troubles don’t exist. It is the hope that they won’t Last Forever. That hurts will be healed and difficulties overcome. That we will be led out of the darkness & into the sunshine.

When the world says, ‘Give Up’. Hope whispers, ‘Try it one more time.’

Never lose hope because miracles happen every day. Like, autumn(fall) is always followed by spring. Just keep this in mind that the pain you have been feeling, can’t compare to the joy that’s coming. Everything that you are starving for will come to you at the right time. Remember, god works in mysterious ways.

Actually, facing up’s and down’s is a universal thing. Even, animals face this. In certain seasons, they can run really short of food or water and in some other seasons, they get plenty of those resources.

Even if you don’t believe in God (Most Probably you believe), you should keep a hope that good time will come. Conditions will Change. Happiness will return.

Life can probably through a thousand hurdles in your path but remember, Life is like a circle of good times, happiness, bad times, sadness. If you are in a bad time, then believe me the good time is on its way. You just need to keep holding on it and keep moving forward.

In a nutshell, you need to be inspired internally, to live your life in an exciting way. Wanna know how great people have done it in the past. Read this.