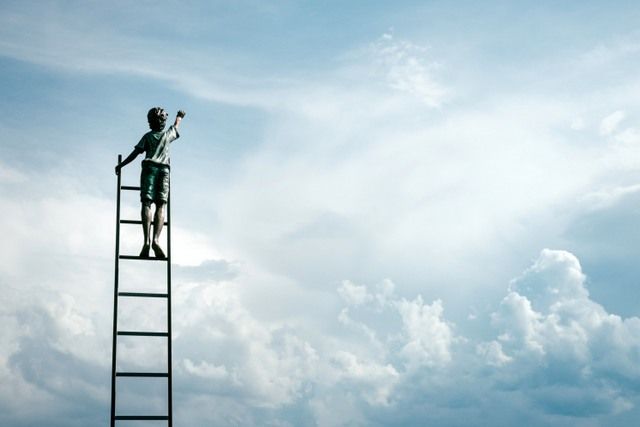 SUCCESS. Nice word na? Almost everyone on this earth wants to achieve it. Hehe, it’s really true sir. If you are thinking about a random guy who doesn’t want to earn money. Then wait, success isn’t just about earning money. One may crave for success in any field. He may be looking for a nice girl to be with, maybe for lots of fame, maybe starving for good marks in his exams. A saint up in the mountains maybe looking for mental peace, blah blah blah. So, its really simple, overall goal of everybody is to be successful.

Do you know? World’s population is estimated to be around 7.6 billion as of December 2017. Really, a large number to beat. There is too much competition. People are very talented. You are just a beginner in your field, are not god gifted, are not lucky enough.

Bullshit!! To be successful, Nothing of the above-mentioned characters is required. But, you will need courage, fearlessness, bravery, focus, commitment, sincerity and “readiness-to-take-risk”.

In the journey to be successful, get ready to face the quality and quantity of failures which you even never dreamed of. An important key to pass through those failures is by being persistent. I mean really Persistent.

There are chances, you will not succeed the first time, the second time, tenth time, hundredth time, thousandth time but a day will come when all of your hard work will be paid off. Your efforts will be considered. You will be in the limelight.

Till then, it’s a really hard journey. You will feel like you are not making any difference with your activities but everything you are doing will be compounded one day. Like after countless days of sex, a mother gets the pregnancy test positive. After years of practice, a player makes a new record. After huge losses, a startup starts giving profit.

If you are enjoying this article then I am sure you will also love to following me around - Instagram, Facebook & Twitter. (Links will open in new window)

This is the guy who founded the non-veg chain named KFC, at the age of 65. 65??? An age when most of us may be enjoying our last few years of retirement, colonel sanders did the unexpected. He had nothing except a 100$ social security bill, his mother’s chicken recipe, and a dream to be successful. It is estimated that he had knocked on more than a thousand doors before he got his first order.

After how many tries will you quit? Two? Three? Ten? Hundred?

story of an electric bulb

Believe in what you want to do and just keep doing it.

Its not that I’m so smart. It’s just that I stay with problems longer. – Thomas Alva Edison

Do you know? ‘Thomas Edison and team’ had tested more than 6ooo elements before getting the perfect filament material required for the illumination of the electric bulb.

Type “I will persist Until I succeed” to show your commitment to persistence. By the way, thanks for reading the article. Hope, it might have delivered what I wanted. Read more about living a happy life here.

Game of Life | Why you are unhappy?

Everything has more than one sides!

Any cookies that may not be particularly necessary for the website to function and is used specifically to collect user personal data via analytics, ads, other embedded contents are termed as non-necessary cookies. It is mandatory to procure user consent prior to running these cookies on your website.