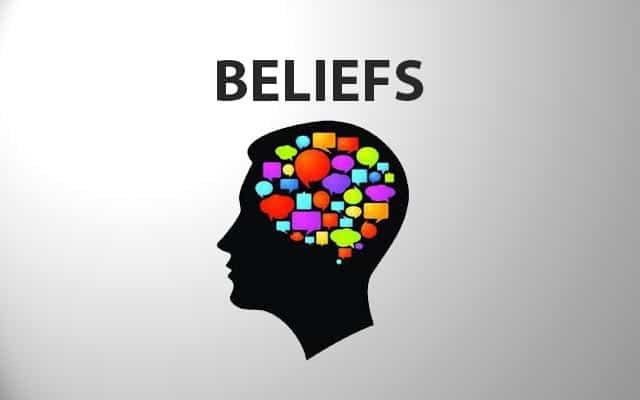 In this article, we will discuss how our beliefs shape our lives. So, keep reading.

(Going a bit personal) My GF doesn’t like Philosophy. While I am really a lover of it. She thinks that all the philosophical things are impractical and we can’t apply them practically. “Mmm, Really??” Actually, these are our beliefs which make us hate or love the same thing respectively.

Next time, when you get into an argument. For a minute, move into the shoes of the other person. Take a deep breathe there and think why is that person really against whatever you are supporting (or vice versa).

It can be two scenarios. Either there is a serious mismatch of beliefs going on here or a mismatch of logic. Its almost impossible to win a belief based argument but a bargain can be reached in the second case sometimes.

We will basically focus on the first argument type here. So, why are beliefs so stubborn that we just can’t listen to other people? It’s really a strange topic to think about. Maybe we are coded that way or fear of loss stops us from being attentive to other people’s views in that argument.

So, What’s usually the result of this type of arrogance? Actually, by being stubborn and arrogant, we lose a good amount of knowledge in our life. The type of knowledge which if engulfed positively can improve our life.

Once, I went to my friend’s restaurant. They had just shifted to a new location. So, some repair work was going on there. Specifically, they were fitting pamphlets on the front gate. He asked me for some advice.

The entrance was just next to the main road (1-2 meters). It will be rare that somebody’s gonna read the banners while standing on the road. So, I suggested that it will be a waste of money to put a lot of banners there. But, He didn’t agree and upon my reasoning, he just simply rejected.

It seemed very strange to me. Actually, the problem was in his (or maybe my) beliefs. In his life, he had seen that hoardings are usually put on the front of shops and hotels. So, he wasn’t able to accept my suggestion.

No matter who has made you believe that, but some things may not be true.

If your skin is dark (like me), then you may have experienced strange hate from most white people. You must be thinking there, we are also normal people like you guys. Why does everybody act like this?

By keeping bad beliefs about an entire community like this, actually, we limit ourselves in meeting some of the most wonderful people around on earth and living our life to the fullest.

So people have very extremist views engraved in their minds by some bad quality of so-called Religious Leaders. What’s the result? It gives birth to terrorism. Yes, a very hard coded belief can make you kill thousands of innocent people.

Some people aren’t able to achieve high in their careers because of their beliefs. They just are too obsessed with their beliefs like they don’t have a businessmen mind or they can’t manage a team or give a presentation to some clients. It keeps them attached to those same low-paying jobs.

Actually, there are countless examples which I can cite here. You may not study hard believing that you are surely gonna fail or anything like that. Beliefs are all which govern you, your actions and finally your standard of life.

Be thoughtful about what you really wanna believe and what not!

If you really wanna live happily. Then I can share a secret recipe. Read here.