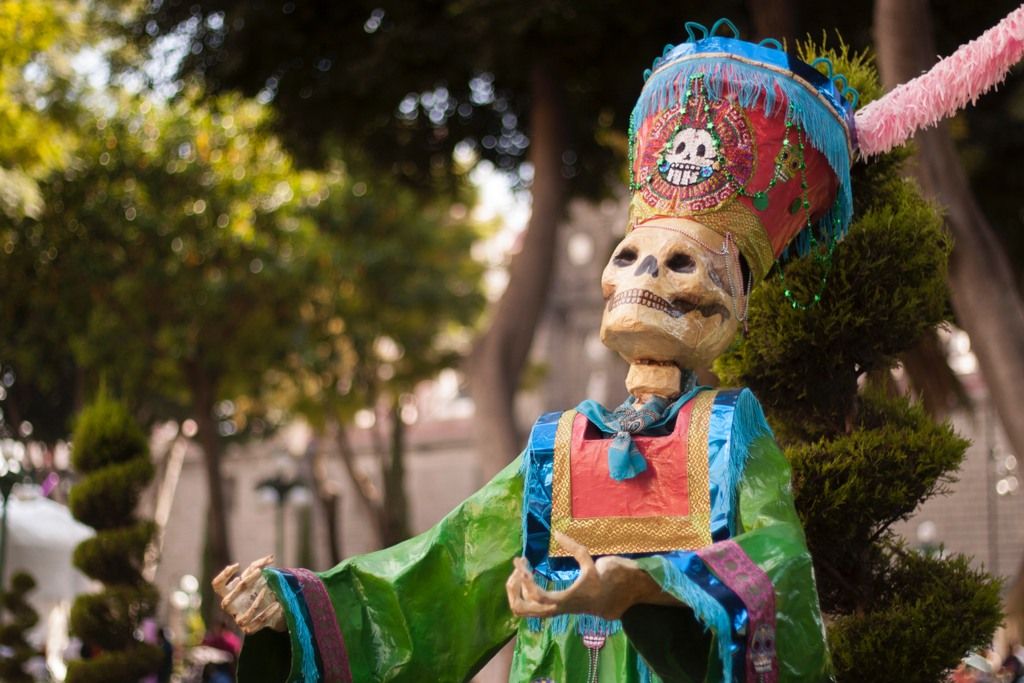 Do you believe in destiny? – It’s a question whose answer I ask from a lot of people. Some say, yes, others reply no. A little of them have an explanation for their belief but most live far away from any logic. Today, we will discuss a better way of thinking. But, before that, let’s un cloth the myths people have about destiny or deeds (The Karma System).

Its a belief that everything in our lives is already decided by a supreme being (maybe, God). So, doesn’t matter how much we keep trying, the future will just be based on the ‘Book of Destiny’. In general, there is literally no physical proof to justify this type of thought. We haven’t yet found any God. Leave apart, the fantasies about his Book of Destiny.

People who advocate Destiny usually refer to rare case events (happening in our day-to-day lives) to claim that destiny governs everything.

Let’s discuss some examples that you may hear from any ‘Advocate of Destiny’.

Similar to the above two examples, I can go on and cite hundreds more. But, these two are just enough for our Analysis.

What destiny really is?

Actually, in our daily lives, the success of each of our actions will be determined by two things – Our Luck (or destiny in spiritual words) and Our Actions.

Let’s test this assumption right now on the above examples.

First Example is just a Rare Case incident that has happened in real life with other people too. Let’s find out the truth rather than just blindly believing in some superpower.

Actions Part – This chance may increase or decrease depending upon your living conditions.

Rare Case Incident – Cancer seems like a rare case incident in the Example’s Scenario. But, still, there’s a chance. And, there’s also a chance that this cancer may get cured on its own because the body has learned to evolve in the past 200,000 years.

The second Example is more of like a Justification of one’s own self rather than Advocacy of any Destiny. But, still, there’s an analysis that can be done here.

Chance Part – This guy probably wasn’t born in an ultra Rich family. Else, they could have got him admitted by giving a donation to the Institute.

Actions Part – Top Educational Institutes take students even on the basis of Merit. So, this guy may not have cracked the Entrance due to lack of preparation.

Self Justification – Life gets good or bad depending on the state of your mind. So, this guy is happy with his job because he thinks that his Job is Good.

People even describe a $10 per hour job as Great while some others not even get satisfied even with $50 per hour. So, Good or Bad is just a matter of thinking.

In this way, lame people assume Probability to be the ‘Book of Destiny’ and some God as its writer.

So, if not destiny then how should we live? Do our deeds determine our future? Before moving on to that, we need to understand why people even believe in the Destiny thing.

I have heard it numerous times that ‘The God who created us will also provide us the Food’. These type of statements are common with people from hunger-hit areas.

Similarly, People suffering from some Diseases claim that ‘God will take away all their diseases. He is very Kind. He must have destined Good Things in our lives.’

In one way or the other, People who want something miraculous in their lives are bound to believe in Superpowers forever. Else, a last stage cancer patient will be completely hopeless if we take away even the lamp of God or Fictitious Destiny from his hands.

In Indian Spiritual System, Karma Philosophy is very common. People believe that rather than blindly deciding our Destiny. Some GOD keeps a record of all our deeds. Whatever we are doing – Good or Bad, is being recorded, and will shape our ultimate future.

Similar to the destiny system, there isn’t any enough evidence to support the claim that the future is decided by your deeds. In addition, there are some other problems also which force me to ditch this type of thinking in my life.

Hence, with these assumptions, people do a heck lot of tries to atone their Bad Deeds. Lame Guys bath in different rivers or visit various religious places as an act of this atonement.

If we talk practically then this is totally insane. First, people assume that a SuperPower exists then they make more fictitious assumptions to create stuff like – Destiny or Karma System.

Actually, Actions (Deeds) and Probability (Destiny) work together in our lives to shape our future.

The actions are perfectly determined by our free will. And then, these actions further determine the destinies applicable to our life.

Let’s understand my system with the help of a case study.

Suppose, A person was walking on the road. It’s his Action (or say Deed). Now, the following Destinies can be applicable to that person in this scenario. Have a look below.

Probability is the King

For the same deed, there are a number of destinies available.

Actually, Its high time now. So, it’s better to use the word Probability instead of Destiny for the rest of this article.

Now, some wonderful believers can continue claiming that final Scenario will be based on God’s will. But, sadly there’s no proof of that.

You may be a really bad person and still survive in this type of Car Accident. But, on the other hand, A little innocent kid can get killed if he walks on your place. So, where ‘s the Karma dude?

Concepts of Destiny or Deeds don’t even pass the basic scrutiny of thought. I don’t understand, why these concepts still have such a mass following? Maybe, humans just love fiction or misery makes them believe in these fictitious concepts.

Do you still believe in any destiny or Karma system?

The best way to think is to use the concept of Probability and Actions together. Before moving on, let’s discuss some characteristics of my system –

Again, taking up the “Man Walking on Road” example. If you literally keep standing on the same road for the next 100 days. Then, the probability is not gonna save you anymore.

First 5-6 times, you may not get hit by any car but just hear some widely abusive words from the car drivers.

Next 7-10 times, you may get some mild scratches only. But then there will come a car which will send you to the mortuary and that poor driver to the jail.

The probability is really unpredictive. You can die the first day only or you may not die even till the last one.

But, as you keep roaming on the same road, the probability of getting hit rises steadily.

In contrast, if you never get on the road in your whole life then the probability of dying because of Road Accident is nil. Here, the probability is directly dependent on your actions.

The thing is, If you don’t commit an action then related probabilities never arise.

Now, If you take a synthetic drug just for a single time in your life then the chance of your death through drug overdose is comparatively low. But, now if you keep doing this daily, then the probability of you getting killed because of Drug Overdoses increases.

The probability of Drug Overdose can never rise if you never take drugs. So, this probability is dependent upon your action of taking Drugs and nothing else.

How probability gets eliminated in the long term?

Digressing from the examples related to Death. Let’s assume that you want to become a YouTube star.

Now, there are people who got famous on a single video. But, there are also people who don’t get many subscribers even after 10-15 uploads.

Here again, both the Actions and Probability are playing together. Let’ assume that both the YouTubers are uploading Good Videos.

So, if the first YouTuber is lucky enough (i.e. probability plays in his favor) and his first video reaches the right people. Then boom! He’s a single video YouTube star.

On the contrary, in the second scenario, YouTube hasn’t sent the video to the right people. But, if the YouTuber keeps trying for the next 100 times and doesn’t let the video quality to stumble down. Then, he too will be a Star sooner or later.

You keep telling me the scenario and I will keep giving an explanation in accordance with my system. This same thing is done by the propagators of other Thought Systems also. But, the last decision always lies with you.

You can either go for something Logical based on the mathematical concept of Probability or just keep believing in the same Superpowers, we humans have believed from ages.

When I prove that God doesn’t exist. Then, people usually come up with really exciting questions. Some of them ask about the formation of the earth while others raise philosophy related questions.

I cite Science to explain the Formation of the Universe. And use my common sense to answer questions related to Life’s Philosophy. One of the most common questions is ‘What are we doing on the earth if there’s no God?’. If you also have this question then I have come up with an answer. Read that here.

Religious Cults | Why they are Bad?

How humans came into Existence? | Theory of Evolution